Don’t miss out on this exclusive offer! Call today or fill out the form below to schedule your free exam 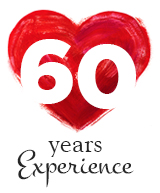 Southgate Animal Hospital has over 60 years of experience providing expert veterinary care. Here, we treat pets like family. We understand how important your companion is to you — because they’re there for you through the thick and thin of life, with a wagging tail or a happy purr, and unconditional love.

We pride ourselves on caring for your pets as if they were our own. Whether your pets need routine checkups or more serious medical care, you can be sure they’re in great hands at Southgate Animal Hospital.

Dr. Casey Siljestrom received her B.S. degree in Zoology and Neuroscience from Florida State University (2012) and her Doctor of Veterinary Medicine and Master of Public Health degrees from the University of Florida (2016). After graduation, she moved back to her hometown of Sarasota, FL where she is currently the Managing Veterinarian at Southgate Animal Hospital. She specializes in surgery and is committed to continuing education and developing the most current and least invasive surgical techniques. She loves working with pets and their owners to provide optimal and pain-free medical care.

Dr. Siljestrom discovered her love for animals early on when she visited SeaWorld at the age of four. She spent her youth volunteering at the Sarasota Sheriff’s Animal Rescue and earned her Girl Scout Gold Award designing and building two large multi-level cement waterfalls with pools for the 32 tigers housed at Big Cat Habitat and Wildlife Sanctuary in Sarasota. As a teenager, she raised several snakes, large breed lizards, and even a baby opossum as pets.

Dr. Siljestrom is passionate about mentoring young women who aspire to pursue careers in the STEM fields. As a survivor of Ewing’s sarcoma, she is a frequent speaker and a staunch advocate for pediatric cancer research. She and her husband, Colby, met at FSU and, after marrying, traveled together to UF where Colby earned his MBA. They have two young sons, Levi and Finn, a standard poodle named Jonah, and a Devon Rex cat named Petey.

Dr. Ashley McNamee grew up near Detroit. She has lived in Sarasota since 2001. She went to veterinary school at the University of Florida. She studies acupuncture at the Chi institute. As her fiancée went to school to become doctor of Chinese medicine and acupuncture, she has witnessed first-hand the amazing effects that acupuncture and herbal medicine can have when used in conjunction with western medicine. She took additional coursework in school and enjoys rabbit and rodent medicine. She enjoys the diversity of general practice and especially love cytology, neurology, ophthalmology and dentistry. She strives to be a partner with her clients in their pets’ wellness. In her spare time, Dr. McNamee enjoys travel, Asian movies and TV, art and riding her Segway and kayaks around. Currently, she likes to paint throw pillows with puffy paints, but she is probably going to start making candles again soon.

Dr. Glass graduated from Auburn University College of Veterinary Medicine with a certification from Chi University of Traditional Chinese Veterinary Medicine for acupuncture. She especially loves the effects of acupuncture she has experienced on Dachshunds and their mobility. Her interest first began with marine sciences, before moving to general practice and traditional Chinese veterinary medicine. She participated in color guard through out high school and while obtaining her undergraduate degree at the University of Florida. Now, in her free time you can find Dr. Glass at the beach catching some sun with her pit bull mix, Maggie.

We remain open for business, with curbside & drop-off services.
Please Visit Our Facebook Page for the latest updates regarding clinic operations.
Be Well Everyone!